A 5-star superior luxury hotel demands perfectionism in everything that the guest comes into contact with. The "Schloss Elmau - Luxury Spa & Cultural Hideaway" is one of the best hotels in Germany and has also made a name for itself internationally. It goes without saying that the extension of the castle in the form of a second hotel corresponds to the high standard of the main building. For this reason, the new "Schloss Elmau Retreat - Luxury Suites & Spa" also pays special attention to elevator quality. Known in the industry and renowned for innovation and quality, products from SCHAEFER GmbH in Sigmaringen were used in the lifts in the new Schlosshotel. 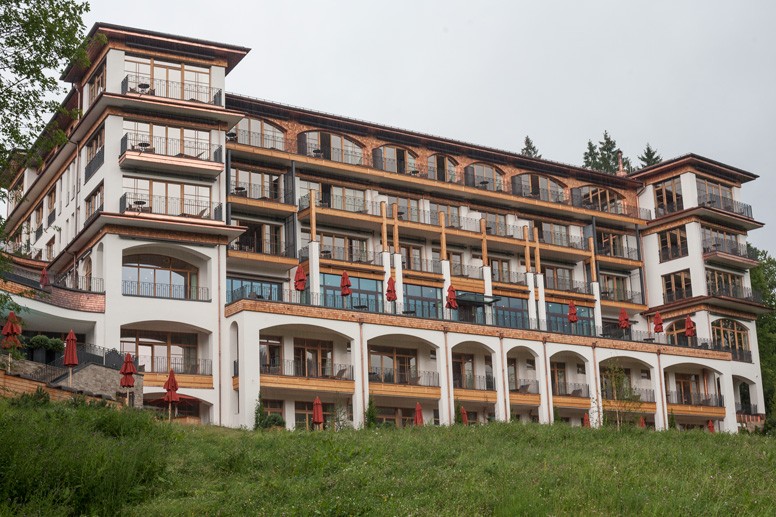 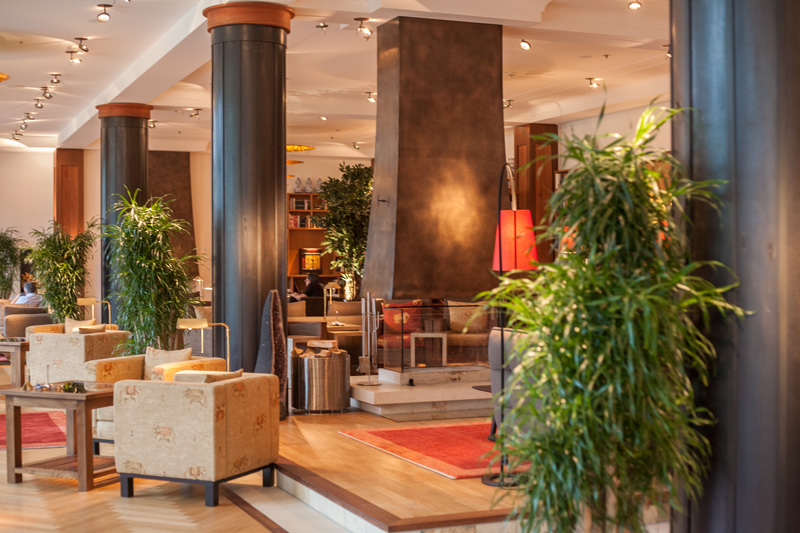 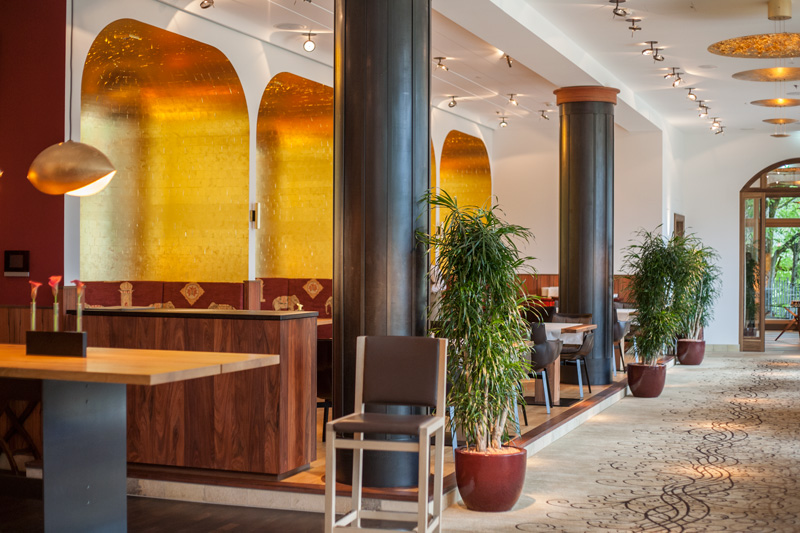 Built in 1914, Schloss Elmau is today one of the best hotels in Germany and is represented in the renowned "Leading Hotels of the World". The 5-star superior luxury hotel consists of two resorts, the "Schloss Elmau - Luxury Spa & Cultural Hideaway" and the "Schloss Elmau Retreat - Luxury Suites & Spa" 150 metres to the west. Uniquely convenient, it enchants its visitors with fantastic alpine scenery 100 km south of Munich, 20 km southeast of Garmisch-Partenkirchen. At an altitude of 1000 metres, hotel guests can enjoy an extraordinary view of the Wetterstein mountains, nestled between the Wamberg and the Wettersteinwand. Since the end of the 1950s, the castle has been popular with numerous musicians, artists, politicians and humanists, among them Loriot. The comedian resided several times a year in the Schloss Hotel and wrote many of his sketches there. In June 2015, Schloss Elmau also made political headlines. It hosted the G7 summit with heads of state and government from the USA, France, Italy, Great Britain, Canada, Japan and Germany.

In 2005, a fire destroyed two thirds of the rooms in the listed building. Its owner, Dietmar Mû¥ller-Elmau, then decided to completely rebuild and renovate the hotel. The "Schloss Elmau - Luxury Spa & Cultural Hideaway" was born. After 14 months of construction, it was opened and quickly gained a national and international reputation as one of the best wellness and holiday hotels in the world. However, as the number of rooms had to be reduced during the restoration, Mû¥ller-Elmau decided to build another hotel 150 metres from the castle. In spring 2015 the "Schloss Elmau Retreat - Luxury Suites & Spa" was opened, just in time for the G7 summit, which the hotel hosted in June 2015.

The hotel not only enchants its guests with its breathtaking scenery, but also offers numerous highlights within its walls. Guests can choose between 170 different rooms and suites, relax in one of the five different spas for adults or families or cool off in one of the numerous pools or directly in the Ferchenbach. You will also be pampered in nine restaurants, including the Michelin star-winning "Luce d'Oro" and the "Fidelo" with 15 Gault Millau points. Perfect service as well as the Jivamukti Yoga Center, one of the few besides New York, London and Berlin, complete the offer and leave almost nothing to be desired. Also for Events and Meetings like the G7 summit is the luxury hotel with its two Resorts and numerous conference rooms most interesting and in the best way suitable.

SCHAEFER products can be found in the newly built "Schloss Elmau Retreat - Luxury Suites & Spa" hotel. It has 4 elevators that transport guests between the 6 floors. The elevator was built by ThyssenKrupp. For this, the Lift Information System (LIS), RT 42 buttons and TFT 800 displays from SCHAEFER were used. SCHAEFER LIS are multifunctional, visual communication and guidance systems. Information can be provided easily and comprehensibly before and during the journey. The LIS thus enables the elevator to be individually designed with images, videos, animations and a wide range of information to meet the customer's specific requirements. The floors are selected via the 24" touch screen of the LIS system. In addition, round push-buttons of type RT 42 were used. The floors are displayed via separate TFT 800 displays. Modern technology and noble materials complement each other ideally and continue the architectural line of the luxury hotel consistently into the elevator. 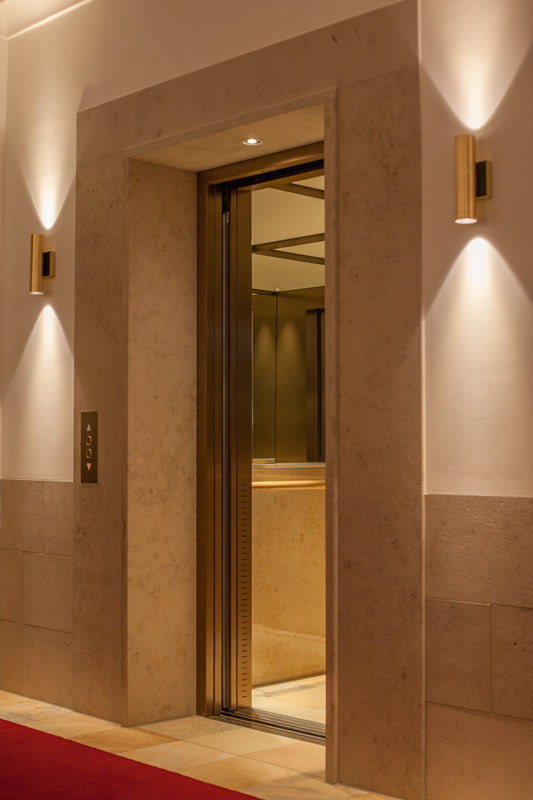 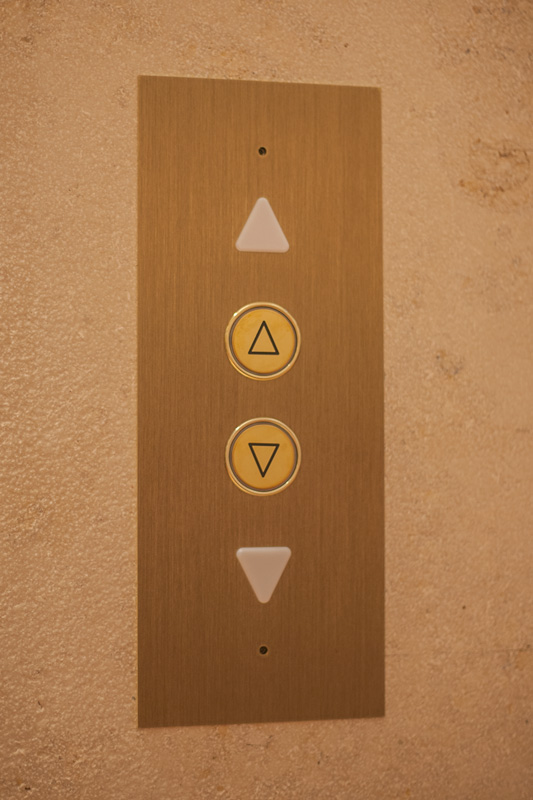 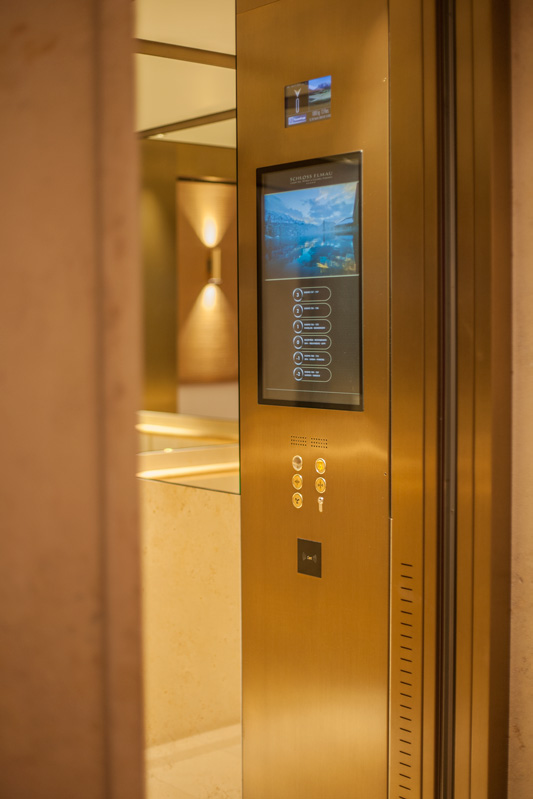 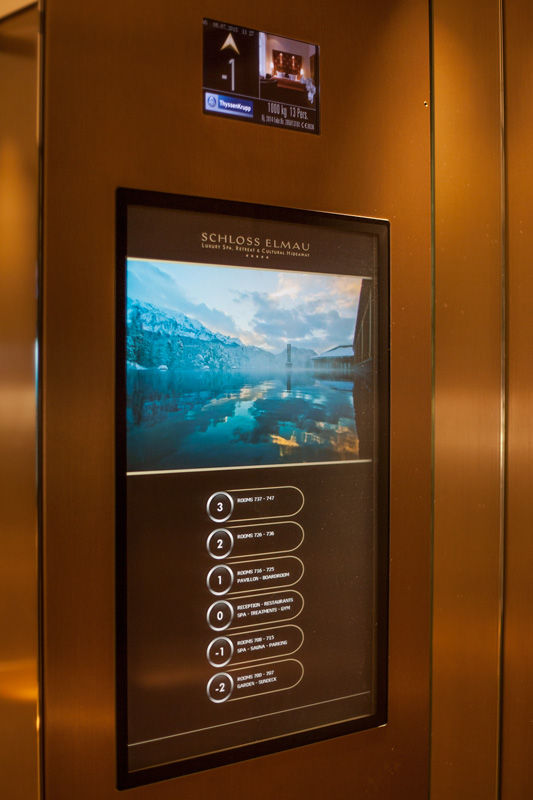 With this maxim SCHAEFER GmbH from Sigmaringen, Southern Germany, has established itself as an innovation and technology leader in the elevator industry. Quality, customer proximity and a unique variety of products are the cornerstones of the SCHAEFER recipe for success. The product range includes operating and display elements, pushbuttons, control panels and lift info systems for modern elevator construction. For more than 55 years, the business has been revived by the constant demands and encouragement of employees. SCHAEFER products are still completely designed in-house in Sigmaringen and most of them are produced there. They are internationally present, currently in 120 countries all over the world. From a single button to a complete fixtures, from a standard version to an individual solution, almost everything is possible thanks to SCHAEFER's extraordinary flexibility. Due to SCHAEFER's goal of individual customer service and a high standard of quality, the company realizes prestigious projects worldwide such as Elmau Castle.